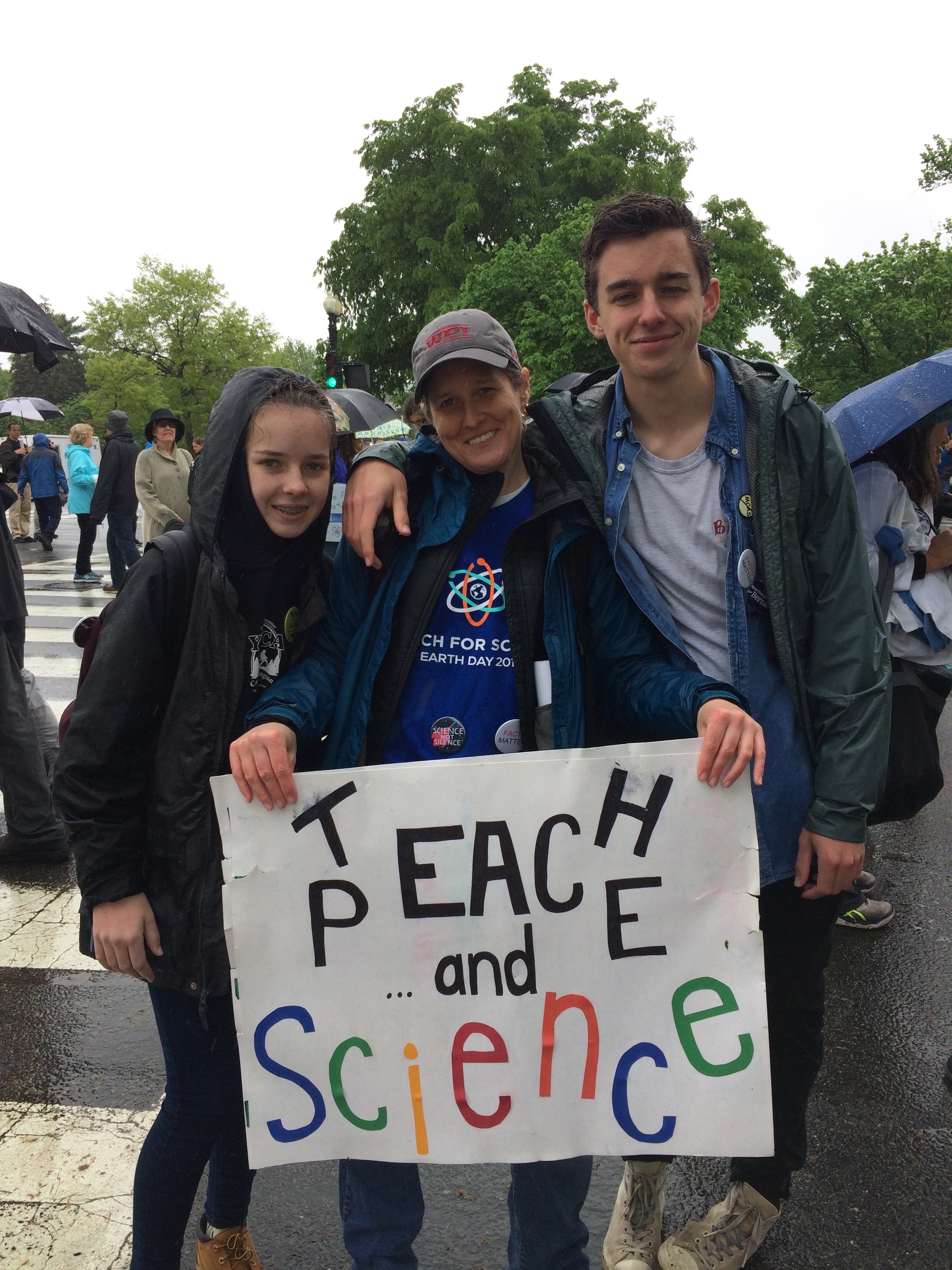 Last April, I packed my car with coolers, posters, my three kids, one of my oldest friends, and set out for Washington, DC. We’d decided to spend Earth Day there, standing up for something that was important to us: science. Marching with 1.3 million people in 600 locations around the world was, for me, less a protest than a celebration. A celebration of human ingenuity and our  method of doing science, a celebration of what we humans have learned of how the world works, of curing disease, and of staving off disaster. It was also an invitation for anyone, anywhere to join in supporting a vigorous and publicly-funded national science program.

The March for Science was a complete success. It poured all day long and still tens of thousands of science enthusiasts showed up, raincoats on and handmade signs covered in plastic wrap, ready to move. With the Washington Monument as backdrop, we listened to stories, to short speeches, to artists and poets and musicians and scientists speaking their truths. And then we marched from Constitution Street, past the White House, to the Capitol building, cheering and chanting every drenched step of the way.

In the months since April 22, 2017, March for Science organizers have done a great job of helping allies and supporters of science to continue to work for science in our communities. One of their many suggestions was to promote science outreach and science literacy. Which is why I’ll be speaking at the Beaman Memorial Library in West Boylston, MA tomorrow night, July 26, 2017, sharing my passion for the literature of science. Part pep talk, part book talk, the presentation will be an experiment. Is there an interest in a local book club that explores science stories across genres?  I hope so. But we’ll see. All I know for sure is that I’d love to see you there.