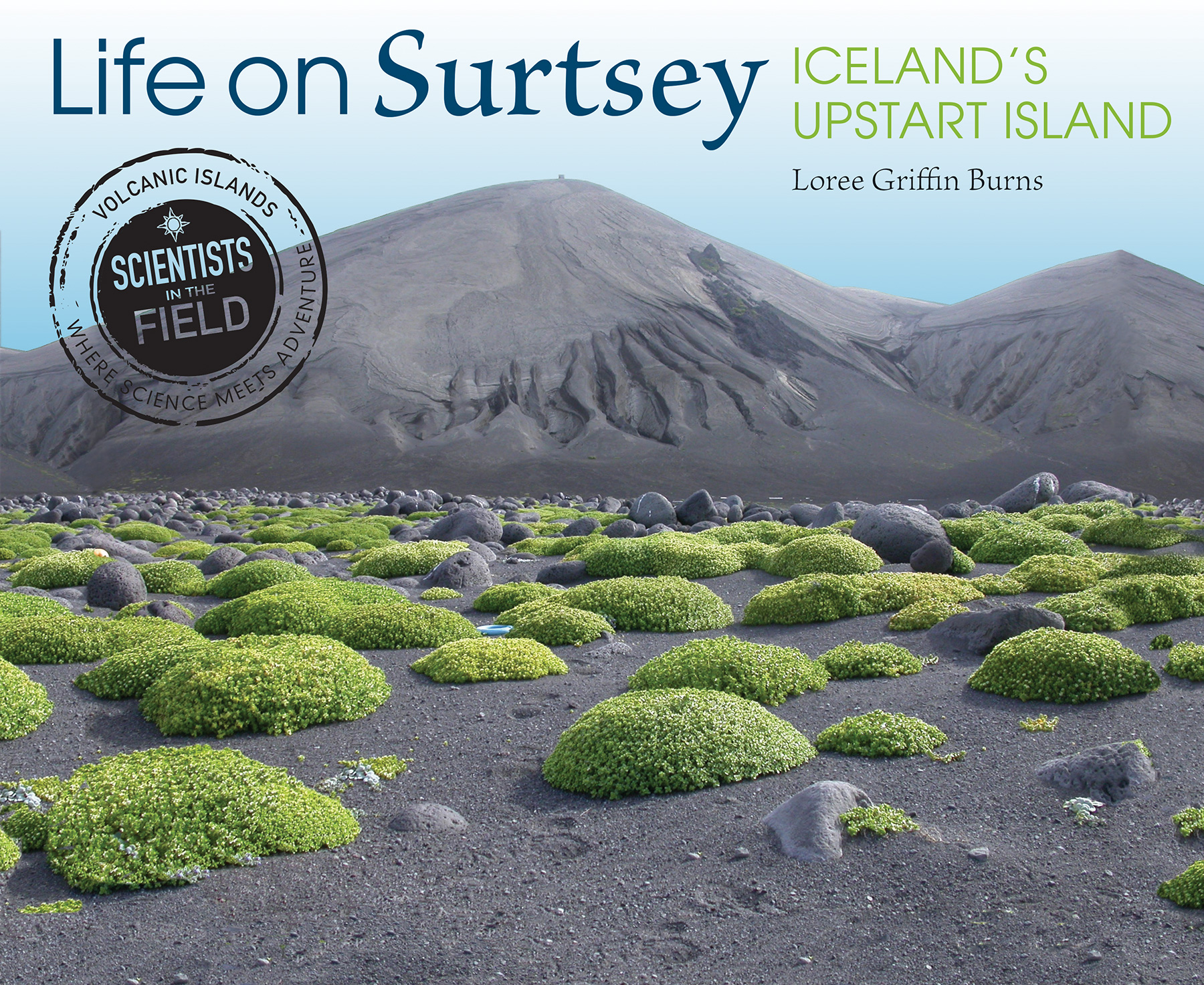 I’m thrilled to announce that my newest Scientists in the Field book will be released on November 14, 2017. Here’s a summary from the book’s flap copy:

On November 14, 1963, something exceptional happened in Iceland–and that’s saying a lot. In a country where the average summer temperatures is 50ºF and the sun only appears for a few hours a day during the winter, an event has to be pretty unusual to stand out. The explosive birth of the island of Surtsey, the newest earth on Earth, was just that.

In her newest Scientists in the Field book, Loree Griffin Burns joins entomologist Erling Ólafsson on one of his yearly expeditions to Surtsey, where since 1970 he has studied the arrival and survival of insects. Along with a small group of colleagues, Erling observes the island’s flora and fauna, records changes, and collects samples to bring back to the mainland for further study. Visit by visit, record by record, Surtsey’s scientists are uncovering the process of change that can transform a lump of lava into a thriving island ecosystem. Join the expedition to see just how demanding conditions on Surtsey can be, what it’s like to live and work while making the smallest impact possible, and the passion that sustains scientists working in one of the strangest—and youngest—places on the planet.

In the coming months, I’ll be adding reviews and additional resources related to Life on Surtsey to my website. I’m excited to share this book–and its backstory–with you. Stay tuned!