outside after dark–
the neighborhood peepers are
throwing a rager

I didn’t publish a haiku here yesterday, which is just how it goes sometimes. As it happened, I did find a haiku moment–noticed a collection of dirt mounds across the road from my house, where the ferns will soon grow, and realized in a flash, as I drove by, that the ferns were growing that very second, pushing up the dirt over their fiddleheads, making the little mounds that had caught my eyes. But later, home again and notebook opened, the moment wouldn’t fit into just seventeen syllables. Which is just how it goes sometimes.

Before bed, though, a different sparkly moment, under a cold sky and over the crunchy spring snow, and that moment became this morning’s haiku …

bringing the dog out
before bed; the sound of snow
under his slippers

I hope you find some haiku moments today.

every morning
I pick up sticks; every
night the trees drop more 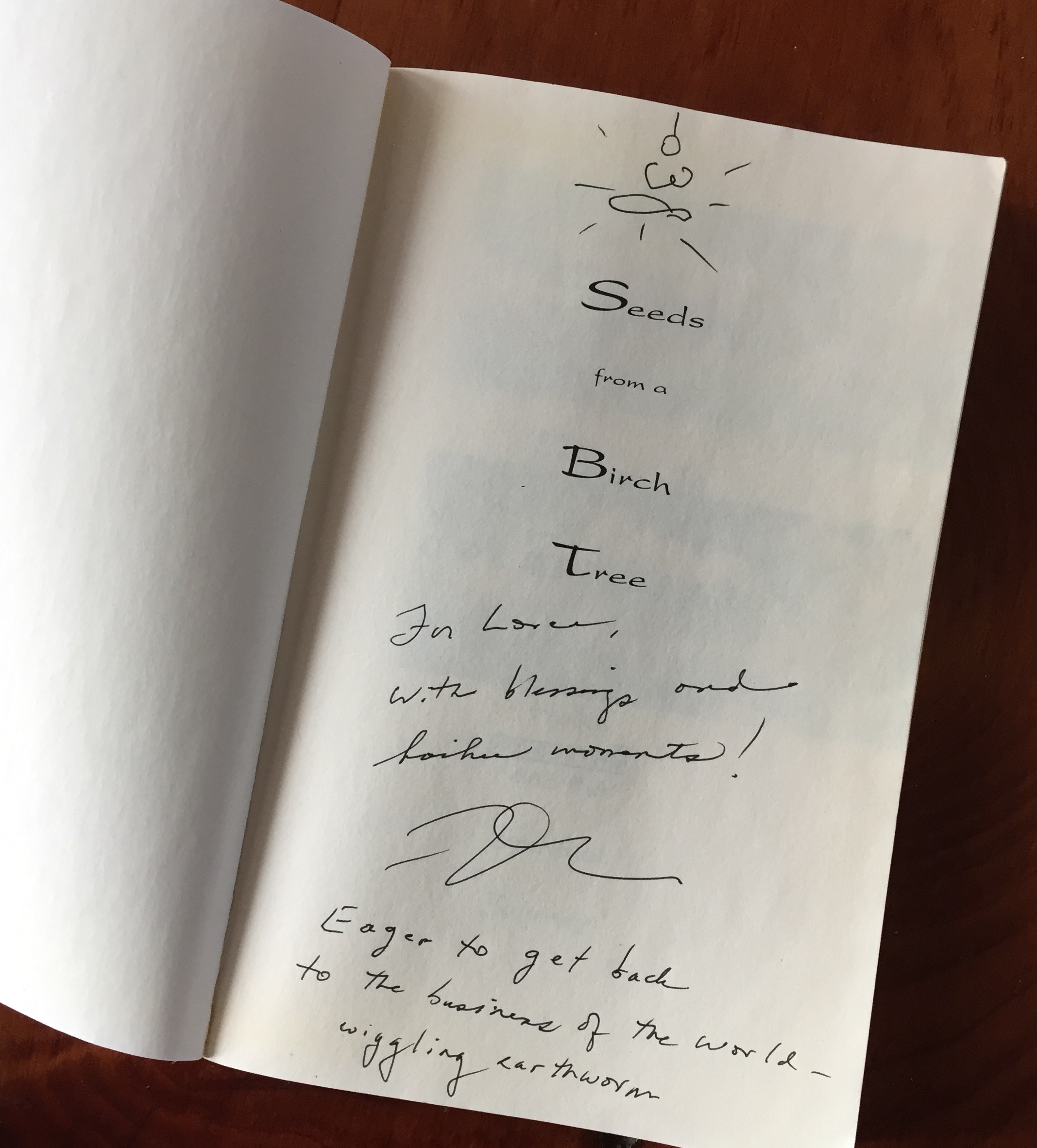 Yesterday’s haiku (I’m late posting!) is by writer and poet Clark Strand, whose book on haiku leaped into my hands one rainy summer day and changed my life. As if his book wasn’t gift enough, I had the good fortune to meet Clark in person, and he inscribed my beloved copy with these seventeen syllables:

Sadly, Seeds from a Birch Tree: Writing Haiku and the Spiritual Journey is out of print, but you can still find used copies around. Trust me, it is worth the hunt. Here’s a blog post I wrote about the book back in 2011, in case you need further convincing. And here’s some happy news I learned just yesterday: a revised and expanded edition is in the works!

the Easter cactus
and I on opposite sides
of the sink, blooming

chilly spring morning;
blue jay on the fence rail leans
into the compost

white crocuses bloom;
my mind wanders off to find
the tardy purples

the scent of lemons —
how long have I believed in
this tree that won’t fruit?